Info and tips on student life in Denmark

Semester start and thesis season is around the corner. Your friends are studying and writing, and so should you. But, first you clean the apartment, then you work out and check Instagram, then you call your grandmother and then you walk the dog – and suddenly, the day has passed. Sounds familiar? You’re most likely procrastinating your way out of studying.

Good old procrastination – most of us know it a little bit too well. And if you’re anything like me, you really want to drop that habit. Therefore, I have searched high and low to find the best ways to stop procrastinating so you actually start doing what you are supposed to.

So, let’s start by getting one thing straight – what exactly is procrastination? The definition of  procrastination according to Cambridge Dictionary is: “the act of delaying something that must be done, often because it is unpleasant or boring”. And if you want to sound even cooler in front of your friends, you can tell them that the word is derived from the Latin verb procastinare which means to put off until tomorrow.

15 – 20% of adults view their procrastination as a chronic issue

Procrastination is not something that started with the introduction of the internet, nor because we use social media. In fact, both Socrates and Aristotle have paid tribute to the act of doing it tomorrow and called it the acts against our better judgment through the weakness of will – ouch.

So, you’re telling me that the concept of ‘procrastination’ is over 2000 years old, and yet there isn’t a quick fix for the millions of people who can’t stop procrastinating? Yep, it sucks – but that doesn’t mean you have to accept that everything in your life will be last minute. There are techniques that can help you get started with your uninteresting, boring errand.

Why do we even procrastinate?

In order to stop procrastinating we must know why we do so. It is not unusual that people who procrastinate are labeled as lazy, but the truth is that they aren’t – at all. Procrastinators tend to do other productive stuff instead of the task they need to do; like color coding their closet. That’s definitely not lazy but just really irrational when you have a deadline at school.

If we look at procrastination as being black and white, it is essentially self-harming according to Dr. Piers Steel a professor of motivational psychology at the University of Calgary. This is because procrastinators are very well aware that we are skipping a task and that it is a bad idea, but nevertheless, we keep doing it. It’s a vicious cycle of just feeling bad all the time which harms our self-esteem and self-worth.

Procrastination actually has nothing to do with being lazy or lacking time management skills. Dr. Tim Pychyl, professor of psychology and member of the Procrastination Research Group at Carleton University, says that it is an ‘emotion regulation problem’. Yep – procrastination goes far deeper than just being lazy.

So, what do emotion regulation problems even mean in connection with procrastination? Dr. Tim Pychyl and Dr. Fuschia Sirois conducted a study in 2013 that elaborates on this matter. The task in front of us may be boring, but very often there might be feelings of self-doubt or insecurity.

For example, it may be boring writing the report for your class but maybe, deep down, you’re afraid that the report isn’t going to turn out good or that you may receive negative feedback.

What if I totally missed the point of the assignment? What if they will think that I am dumb? Those feelings of inadequacy are deeply linked to why we procrastinate. So, if you push the task to later you feel a short period of relief. Dr. Pychyl and Dr. Sirois call this ‘short-term mood repair’ because the weight of your task is lifted by your future self.

How do I stop procrastinating?

Now to the part, we’ve all been waiting for. How do I actually stop procrastinating?

A good place to start is with the environment around you. Don’t have your phone on the table put it in another room or in a pocket on silence mode. Log out of social media so it becomes a hassle to log back in when the procrastination creeps up on you. Make. Procrastination. Difficult.

Break down the task

Secondly, break you tasks down into smaller bites. Instead of calling the task ‘doing all of the laundries’ maybe the first bite will be to separate the laundry into colors, then tomorrow you can wash the black clothes and so on. This leads me to the third step.

Do the first step

Take the first step! Not the first step in this guide but the first step in real life. Allow me to explain: let’s go back to our laundry task. We broke the task into bites in other words we now have a ‘first step’. Often when we first get started, despite the first step feeling insignificant, we tend to continue because the overwhelming task now seems more manageable to overcome. So, when you have separated your laundry into colors you may as well start washing your black clothes – it’s already separated from the rest!

The Ivy Lee Method, ever heard of that? Neither have I. Luckily, it’s pretty straightforward. Each night before you go to sleep, you write down six things you want to do the next day. List them according to their urgency. The most urgent is number 1 and so forth. This helps you know exactly what you need to do the day after. And let me tell you – it is so satisfying crossing the task off the list.

Lastly, keep these three objectives in mind while doing your task. Is it concrete enough? Is it realistic enough? And is it meaningful enough? If your task is too vague you are more likely to just skip it. If your task is unrealistic your motivation will take a huge hit. No one wants to start a task they know they won’t be able to solve – instead of saying ‘I will read this entire book’ say ‘I will read 30 pages’. If your task isn’t meaningful it’s not very motivating to start doing – hence the procrastination. Thus, if your task has meaning you’re more likely to get started.

Some of you, as well as myself, have probably used the famous phrase: “Diamonds are made under pressure”. This may excuse our procrastination, but it surely doesn’t make us feel any better. We just kind of pretend that it does. Therefore, we need to make an effort to end the cycle of procrastination. This starts now – or maybe we can start tomorrow? Just kidding – get to work! 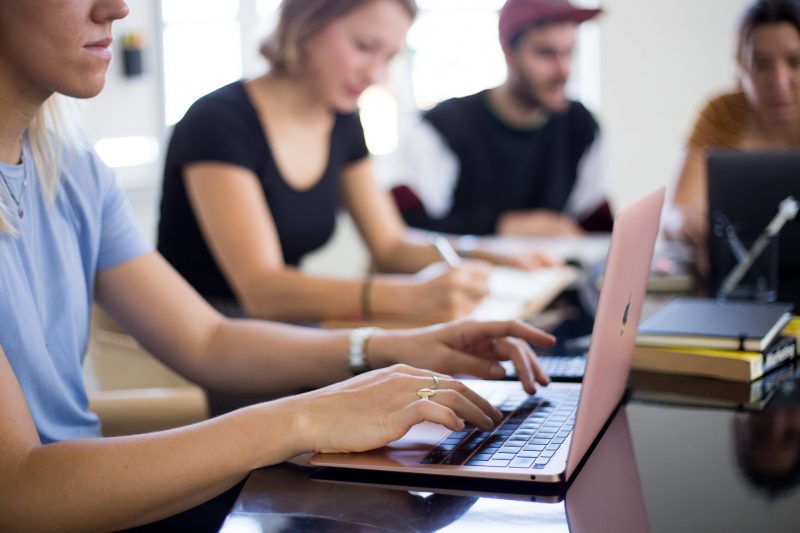